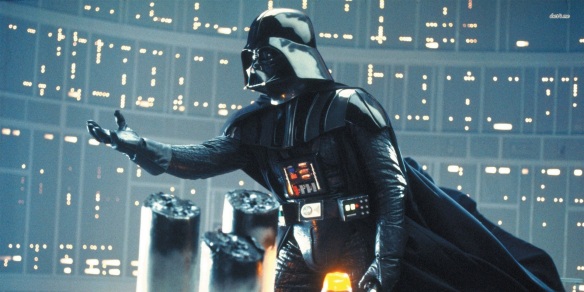 “Be a helper for Godddddd…” Darth sings Mauritania’s national anthem

This is Mauritania’s national anthem. Yes, it makes Mauritania sound terrifying – the sort of country that if you ever visited, you wouldn’t escape. It’s more suitable for the Death Star than an African country.

Which is why it’s fantastic and why it’s worrying to hear it might be changed.

The country’s president, Mohamed Ould Abdel Aziz, is in the middle of altering Mauritania’s constitution, I assume so he can rule FOREVER. As part of this, he also wants to change Mauritania’s national symbols, primarily adding two red stripes to its green flag for some reason (maybe he likes colour contrasts).

But according to this piece (in French), he also wants to overhaul its anthem. The article doesn’t explain how he’ll do that and no one seems to know. Today, I called Mauritanian’s embassy here in the UK and the ambassador said it was, “Only talking now. No ideas!”

So there we go: Mauritania could soon go from having one of the world’s best national anthems, to one of the worst. It could go from having an anthem that calls on all Mauritanians to “walk the path of God and die on it” to one that simply praises their president. Or, er, it could stay as it is. I hope it’s the final option. I may set up a petition!

Update: Argh, they’ve changed it! I am very sad 😦

1 thought on “The world’s most terrifying national anthem is under threat!”